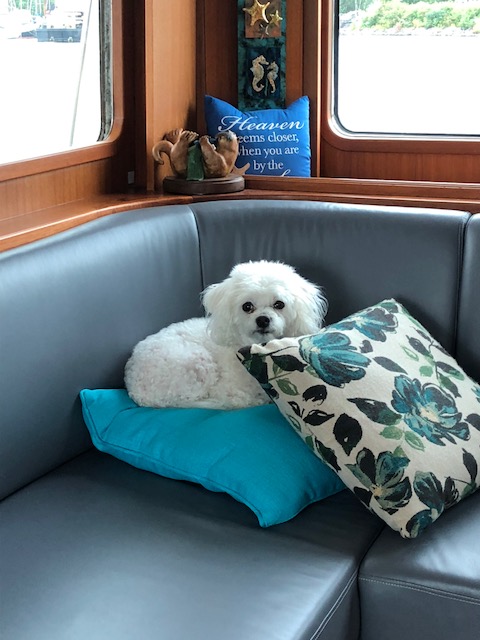 With the repairs all finished, and fresh provisions, “it’s good to be back on the boat”, said Maddie.

Thank you, one and all, at Queen’s Cove Marina in Victoria Harbour, Ontario for the exceptional service.  We were very excited to see Exhale gently lowered back into the water! Without a doubt, Robin and her team are beyond compare. Thanks, Robin, for the amazing lesson on the navigational routes along the Georgian Bay. We now have an exciting route mapped out for the northern channel – subject to weather, of course.

It was a pleasure to begin our Georgian Bay travels with our good friends, Ray Houle and Caryl Moulder, Houlegan, again.  Our first stop is known locally as “P’tang” (cuz Penetanguishene is waaay too hard to say). Caught in very heavy rains, we found refuge at the historic Discovery Harbour.  Fun times! 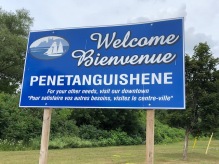 For your other needs … 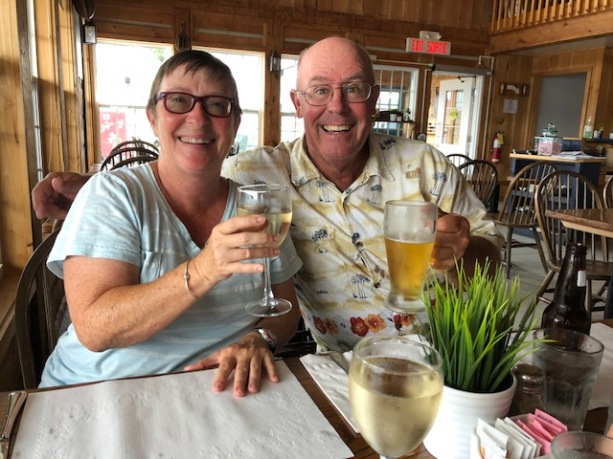 Enjoying a rainy day with Ray and Caryl. 63 and going strong.

When it rains, find a museum, or a pub, or both.  We opted for Discovery Harbour.  We got drenched by the rain, but it was in the midst of good company. 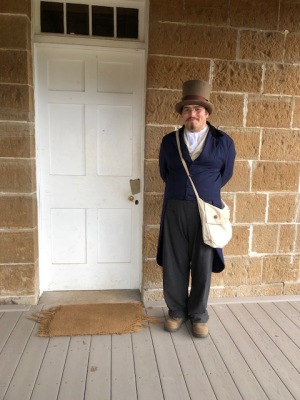 Discovery Harbour traces its roots back to the original British naval and military base in Penetanguishene, built to safeguard access to Upper Canada after the War of 1812. To learn more click here. 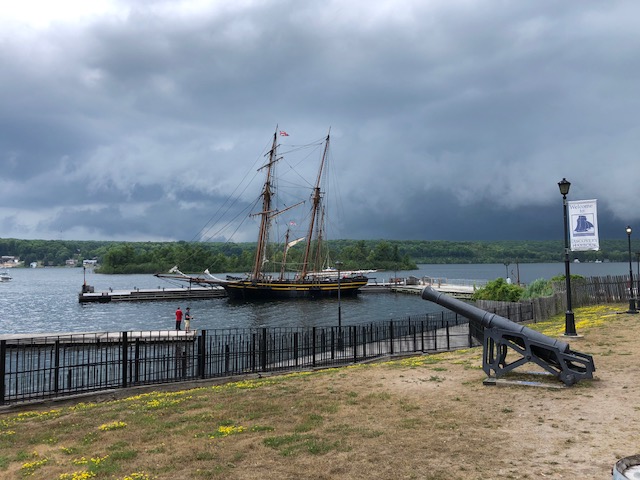 While Houlegan, again is on a brief solo expedition via the southern route of Georgian Bay (those guys are rebels, you know), we moved on to the northern route.

A popular spot in Georgian Bay, we found over a dozen looper boats at Henry’s. 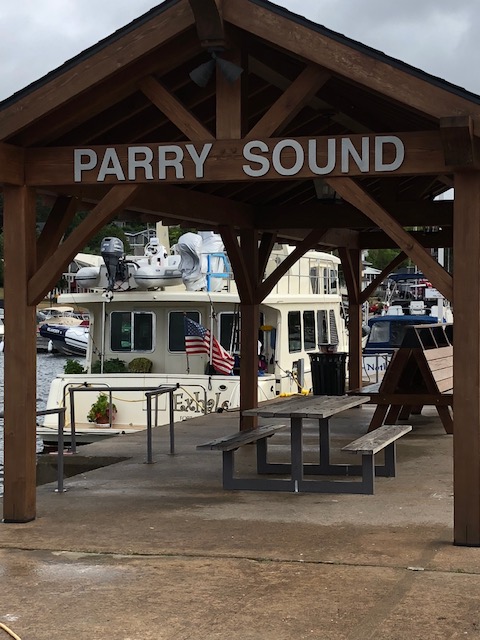 In Parry Sound we docked with Viridian, Gypsy Spirit and Dash Away.

What a treat to see twenty-six Model A’s parked at our dock!

Anchored out in Tiny

Traveling with Gypsy, we anchored out in Hopewell Bay (did we mention, Jim Merritt took a very brief break in Queen’s Cove for a root canal – oooowwww)

When the weather gets rough – stop, stop, stop.  Thanks to Captain Rick and Jim, they did not hesitate to find a safe little cove for us to take refuge when the water got really choppy.  With a little help from the Nebo app, we found more loopers in the cove (hello again Viridian and Dash Away).  A spontaneous dinner aboard Gypsy was an unexpected bonus.

Another “first experience”. In a small protected cove, Exhale dropped her anchor, then Gypsy rafted off (tied herself to Exhale). The stern of the boat was snuggly secured to a tree about 150 feet away.  With zero risk of swinging towards the rocks, we all enjoyed a VERY peaceful evening!

Signs along the way – “Safe Passage”, or, “Rum found here”

Brilliant advertising for the local pub at the next port? You decide.

A MESSAGE TO OUR FAITHFUL READERS: We are sorry the blog postings have been rather irregular.  Unfortunately, (or perhaps we mean fortunately), cellular service and wi-fi connections continue to be hit or miss on this great boat trip. Although a tremendous inconvenience and source of frustration when we need to meet a deadline for WORK, most of the time we are just forced to Exhale 🙂

One thought on “On the Road, Again”