As you approach the Canadian border by water you are supposed to fly a yellow quarantine flag, signaling you have not yet cleared customs.  Once you are processed by the authorities, you are allowed to lower the yellow and raise the cherished maple leaf!

The northern end of the Hudson River is bordered by Vermont and New York. At Fort Henry, Dave Floyd noticed a hilltop cannon on the Vermont side – strategically pointing across the river …

Port Henry, New York was one of the cleanest marinas we have ever experienced.  The manager, Dave, even gave our Dave, #8, a ride to the train station so he could join up with a dear friend in New York, to enjoy the Big Apple for a few days before returning to Fort Myers.  Thanks again, #8 for spoiling us with your great cooking, again!!

We took a breathtaking side trip along the windy and picturesque Otter Creek  – 7 nautical miles to Vergennes, VT.  The creek was bustling with life.

Purple martins on the hillside, surrounded by bird feeders.

These guys were getting ready to do some serious bbq action 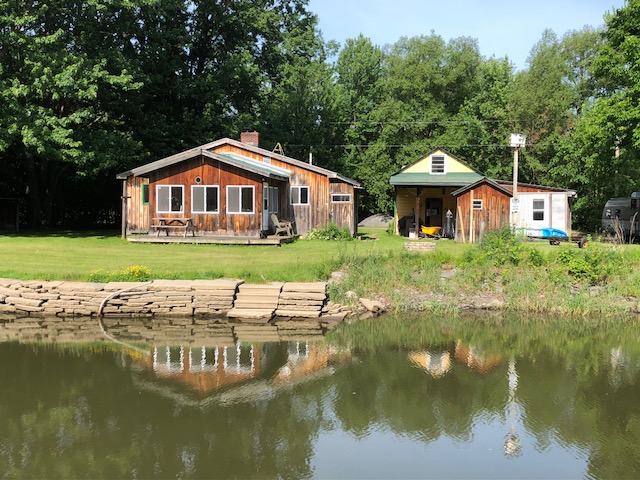 Docking at the City Wall meant 50w power, water and a short walk to the village, all for a small donation.  We will be back!!

Vergennes was settled in 1766; incorporated in 1788, it is the oldest city in Vermont. During the War of 1812, nine military boats were built in the Vergennes Shipyard, vital to the American victory over the British Royal Navy.   The fleet included the 26-gun Saratoga and the 17-gun schooner Ticonderoga. After the War, from 1815 until 1916, Lake Champlain Steamboat Company offered both passenger and freight service from Vergennes. Now the falls are the source of hydro power for the county. 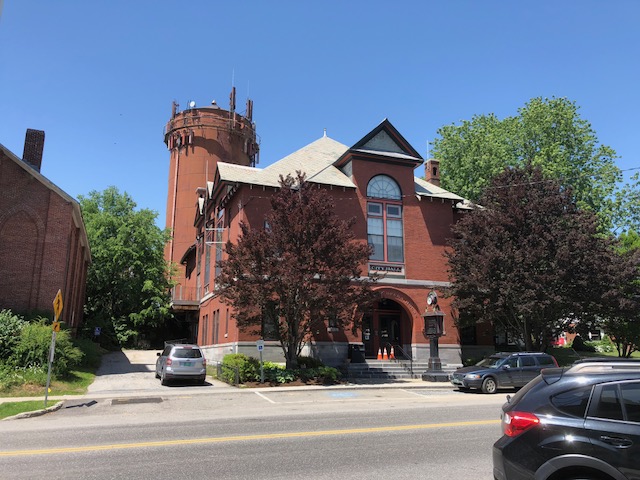 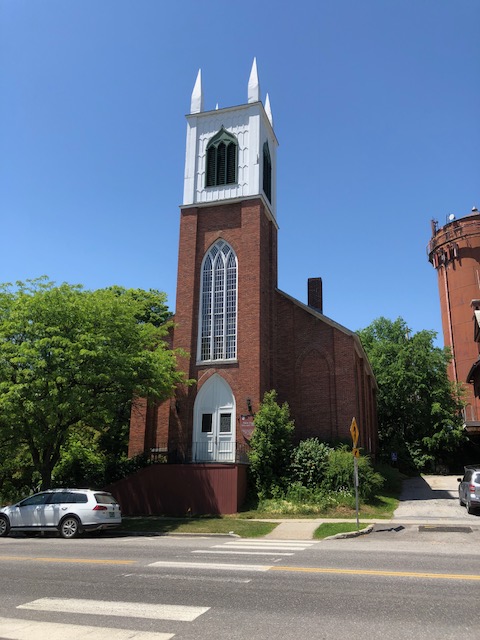 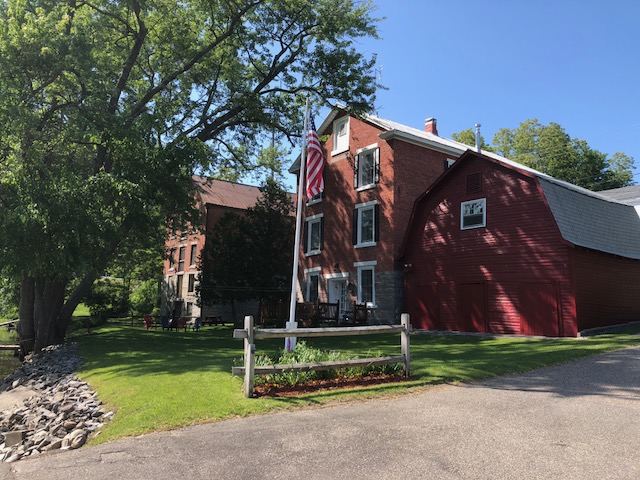 Delighted to see deeper waters, we marveled at the blue sky over Lake Champlain.

When approaching the Canadian border by water mariners fly a yellow quarantine flag, signaling you have not yet cleared customs.  Once processed by the authorities, you are allowed to lower the yellow and raise the cherished maple leaf! 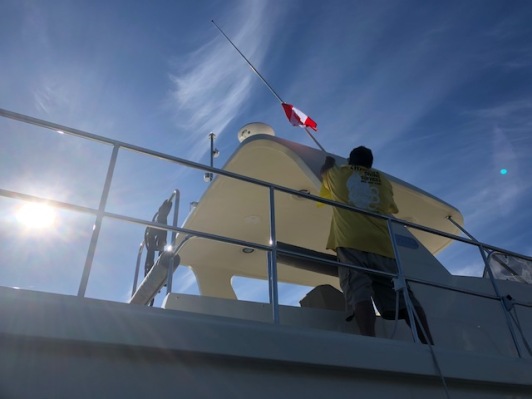 Clearing Customs in Canada with Vagabond.

Champlain Locks – over the course of two days we traversed 13 locks with our travel buddies, HMS/Vagabond and Houlegan again.

Sometimes it was a tight squeeze, as you can see there was no room to spare between Vagabond and this Canadian boat. 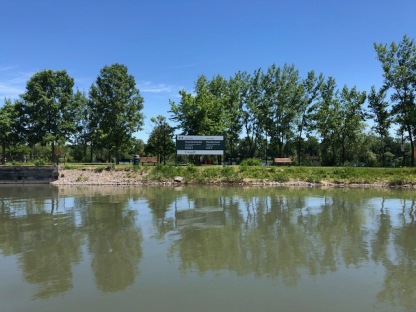 We found a retreat at Marina Saurel. Here’s a link to the marina – in French, or English  Not speaking French is a handicap for us, but the Canadians are sooo friendly, and surprisingly forgiving if you just try, a little, and, they love it when we leave cookies and Vagabond leaves a bag full of candy at the locks!  It turns out, Rick’s high school French was very helpful. So glad you were surrounded by French at a young age, Looper buddy, Ray!

Special thanks to the staff, we appreciate both your humor and your kindness. 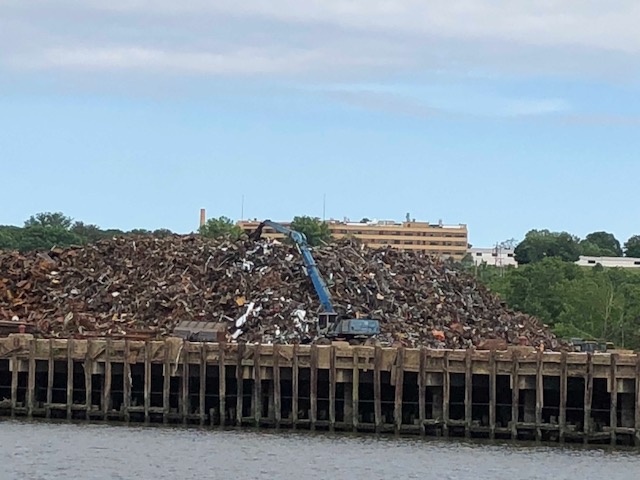 Heading to Montreal, with a few locks in between.  Merci!

One thought on “Ohhh, Canada!”