Maddie’s hair was getting a little wild and crazy after more than 100 days on a boat. 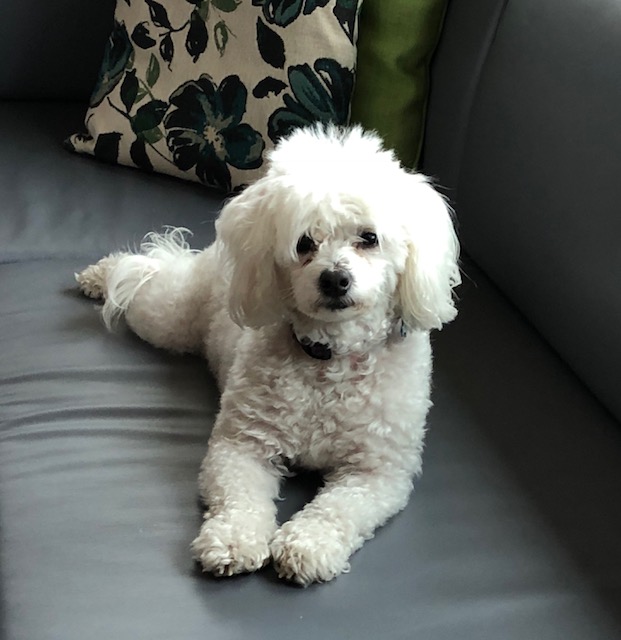 The water was smooth as glass at daybreak (4:30 am).  We traveled from Saurel to Montreal with Houlegan again and Vagabond, leaving well before breakfast, again.

Perfect blue skies attracted countless small boats that were intentionally beached on a shoal; think of it as a local sand “bar.”

Montreal, the City of Mary (really!!)

Alongside Houlegan and Vagabond, we docked at the Old Port of Montreal, surrounded by a plethora of historic buildings dating back to the early 1400s.

Originally called Ville-Marie, or “City of Mary”, Montreal is named after Mount Royal, the triple-peaked hill in the heart of the city.  Archaeological evidence demonstrates that First Nations native people occupied the island of Montreal as early as 4,000 years ago.  To learn more, click here.

More than just a zip line, next to the port was a popular entertainment venue that offers numerous ways to walk a tight rope.  No, thanks.

It was a spectacular weather day in Montreal, prompting us to walk over 15,000 steps 🙂 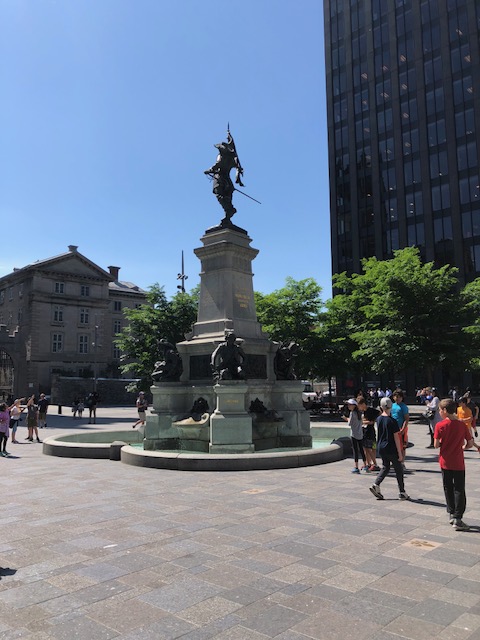 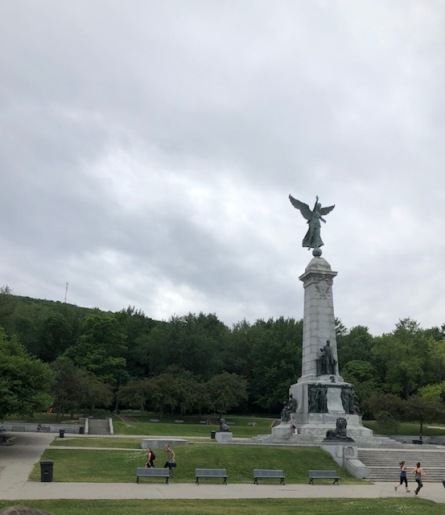 Although this lock resembled a guillotine, there was a floating dock inside, perhaps making it the easiest lock we had experienced so far! 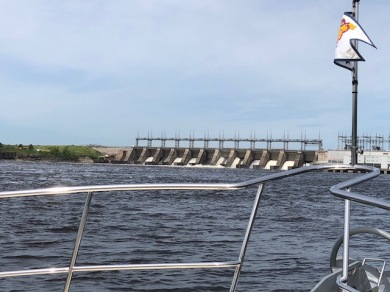 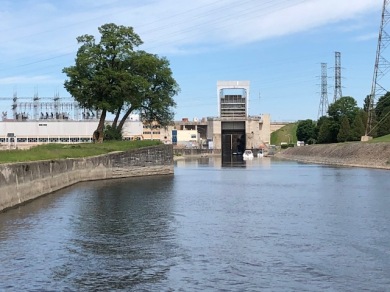 The scenery in Quebec is pristine, at the least.

To maximize the number of boats that lock through the Canadian commercial locks, larger boats tie off to the walls, and smaller boats raft off. Houlegan again was a pro! 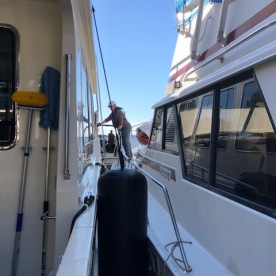 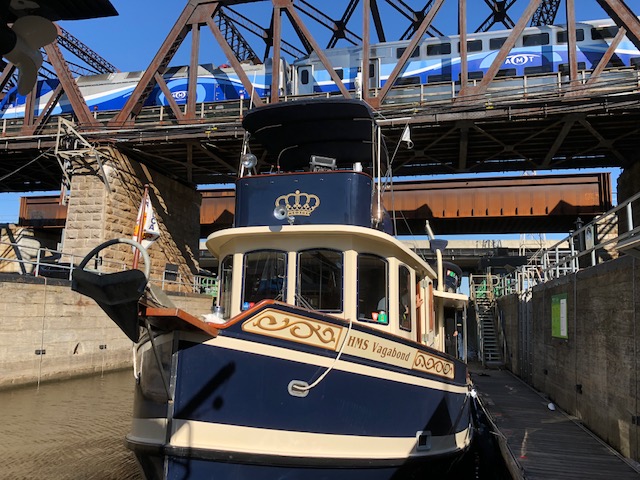 Transit in Canada is extremely efficient.  Notice two train tracks immediately above Vagabond in the locks!

Currents against, and in our favor – setting two speed records. 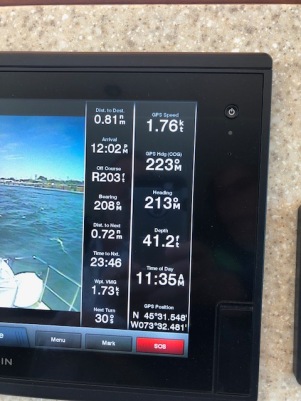 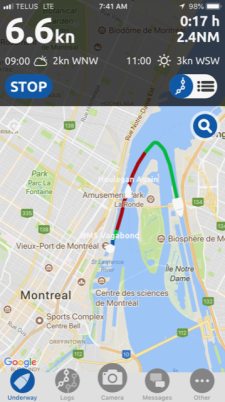 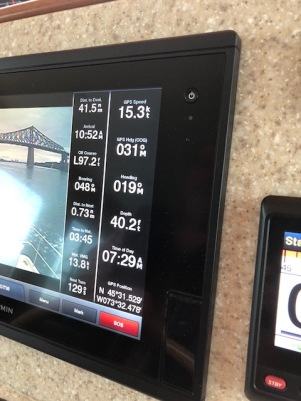 Maddie’s hair was getting a little wild and crazy until she spent the afternoon at the Spa Doggie Style in Gay Village, Montreal where a lovable French groomer successfully transformed her back to a little princess. 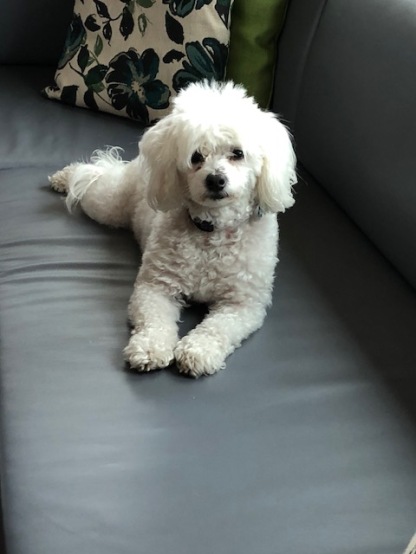 Heading to Ottawa to pick up Exhales’ most experienced crew members, Craig and Maureen! And, YES, they are bringing fresh coffee beans.

One thought on “Bon Jour Quebec!”

Our boat dog, Maddie Sue is a malti-poo (Maltese Poodle mix).  A rescue dog from Long Beach, CA, she loves being on the water.