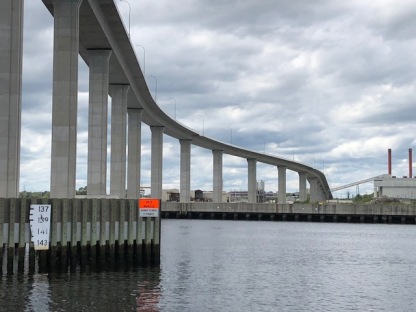 The Towne of Lower Norfolk County was established in 1680.  The mouth of the Chesapeake Bay is home to “Naval Station Norfolk”, the largest navy base in the world. 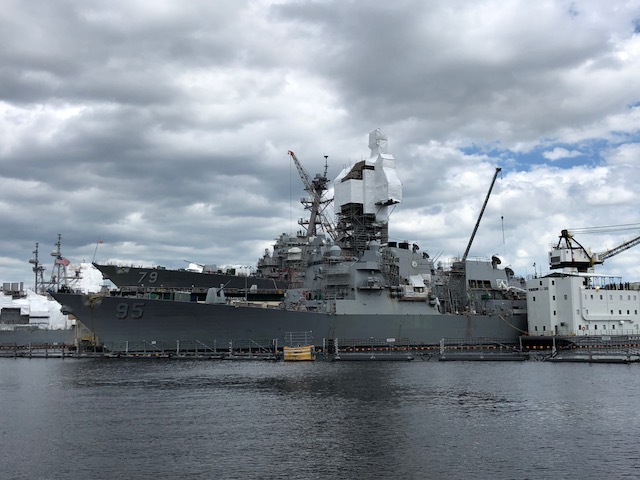 Located on Sewell’s Point Peninsula, in the northwest corner of the city, the station is the headquarters of the United States Fleet Forces Command, with over 62,000 active duty personnel, 75 ships, and 132 aircraft. The base also serves as the headquarters to NATO‘s Allied Command Transformation. 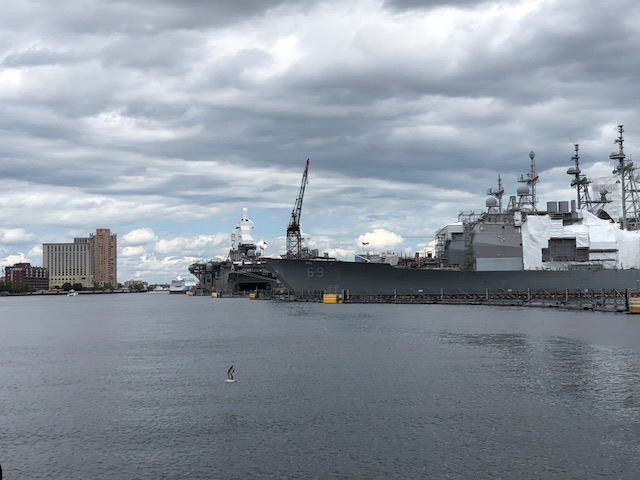 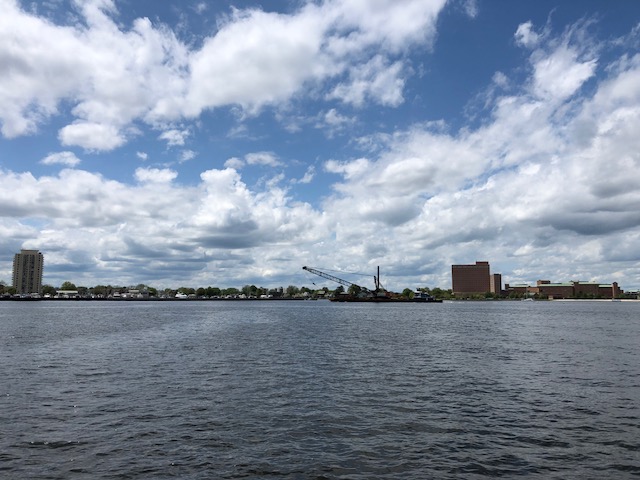 Located in the center of the waterfront district, this lovely marina is easy walking distance from historic monuments, museums, restaurants, shopping and more.

When the Blue Angels flew overheard, we knew the AGLCA gathering was going to be spectacular!  It didn’t hurt that the timing coincided with the annual NATO Celebration.

Exhale docked one block from the grand stand – perfect vantage point for the NATO parade, celebrating its 29 member nations.

I love a parade, especially when it includes small town bands, like the one from Boardman, Ohio, Irish bagpipes, and of course classic cars!

My favorite antique car is the Model-A, like the one my parents drove on the rugged AlCan Highway, when they moved from Pasadena to Alaska in 1947 – where they homesteaded after the end of World War II.  A quick google search revealed between 1925 and 2007, Ford Motor Company operated Norfolk Assembly, a manufacturing plant located on the Elizabeth River that produced the Model-T, sedans, station wagons, and the F-150 pick-up trucks.

We heard over 300 people attended the spring rendezvous! Unfortunately, we do not have a count for all the critters.  Let’s just say it was a bit overwhelming for Maddie, who sniffed her way around the numerous boat cats, dogs, and even a parrot.

Thanks so much to all the new and old friends we met and reconnected with in Norfolk! If you achieved Gold or Platinum level we are jealous, but, thanks for the sage advice, and hilarious stories, including Sea Trek (Bruce and Beverly) and Allison Leigh.  For those of you, like us, in “Progress” we look forward to meeting you again along the waters, with special mention to Namaste and Bucket List (so glad to reconnect), Nine Lives (our Dismal Swamp buds) and HMS Vagabond – possibly the most beautiful restoration we have ever seen.  And, our sincere thanks to our new “mostly vegan” friends on Reality (check) who successfully enticed us to take a train followed by a looooong and winding stroll to wally world (thanks, Lorrie and Rodger).

A word of encouragement to our new friends who are “Planning”, including Eric and Sheryl, don’t over plan.  We hope you find a special boat/home on the water, that you can truly enjoy, just as much as we love Exhale.

So excited you moved to a new home.  Can’t wait to see you guys in Cleveland!

Pop the Champagne corks for our beloved friends and land-based (or “dirt”) neighbors, Dale Morgan and Ann Hughes!! We are beyond thrilled you launched Utopia and started your Loop!  Can’t wait to see you on the waters!

Heading to the Chesapeake (stopping in Deltaville, VA); then north towards the Hudson.

Our boat dog, Maddie Sue is a malti-poo (Maltese Poodle mix).  A rescue dog from Long Beach, CA, she loves being on the water.