Pardon me boy, is that the Chattanooga Choo Choo?
Track twenty nine … 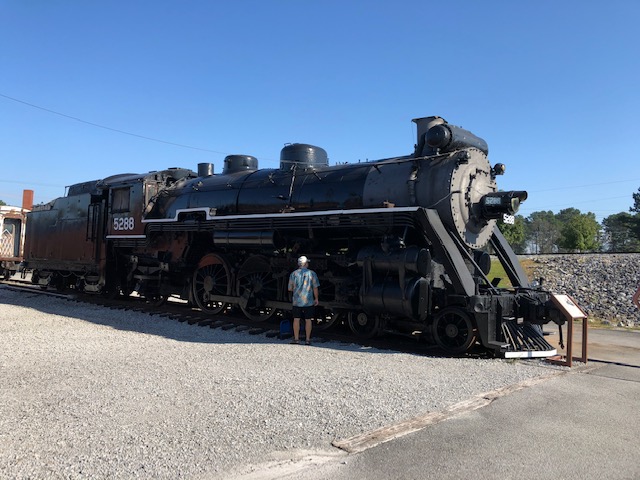 Pickwick Landing Dam is a hydroelectric dam on the Tennessee River, one of nine dams owned and operated by the Tennessee Valley Authority, which built the dam in the 1930s as part of a New Deal-era initiative.  Thanks, FDR!

For all you boaters, the dam causes one heck of a current as you enter the lock! 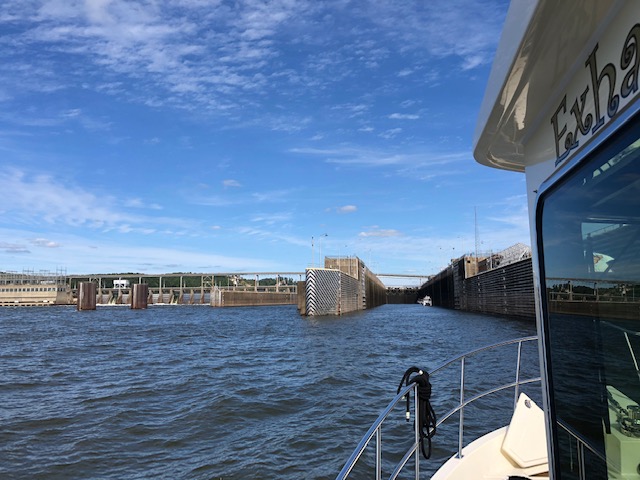 If you want to learn more about Pickwick Landing Dam, click here

Maddie found a new spot to hang out on the long voyages.

We docked Exhale for a week so we could take a side trip with Sea Trek to Chattanooga.

As we entered the national park, a rush of emotions overwhelmed us as we realized the battle fields extend as far as the eye can see.

Monuments are positioned with respect for the lost souls from the Civil War, a battle fought Across Five Aprils (novel by Irene Hunt, published in 1964 and winner of the 1965 Newbery Honor)

Neither Rick nor I have ever experienced such a gut wrenching sadness, felt deep in our hearts. The official loss: 23,746 casualties over the course of just two days.

The Civil War, fought from April 1861 until May 1865, engaged children as young as 10. Tragically, the war ripped the country apart – with many of the same fundamental issues we continue to face today.

As we drove by acres and acres of cotton, I couldn’t help but think of the significant role the puffy white balls played in the shaping of our nation.

On the drive we spotted the Saturn V rocket – the one from all the moon shots!

While Capt Rick was on yet another conference call, I got to explore the SongBirds Museum with Bruce Peck and his beloved first mate, Beverly Abel from Sea Trek. 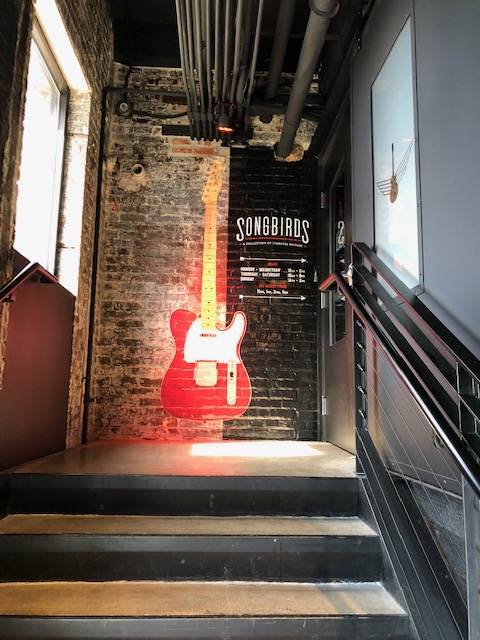 If you visit Chattanooga, take the time to do real touristy stuff. Make your #1 stop Naturally Wonderful.

Always 60 degrees Fahrenheit; “below freezing” for Maureen. This 145-foot waterfall is located 260 feet below ground.

Another distinguished tourist destination, found one mile high, is both a National Historical and National Mechanical Engineering Landmark.

72.7% incline, the steepest passenger railway in the world.

The switch. At the halfway point two cars pass alongside each other. Using a weight and pulley system.

Hey Susan Merritt, Gypsy, we recommend you See Rock City! Home of the mushroom rock, gnomes climbing rocks, and some rather stunning views. 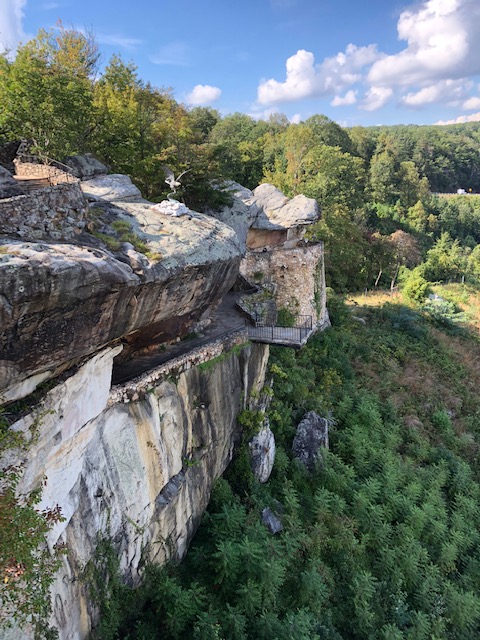 Overlooking the Tennessee Valley you can see seven states; binoculars provided for a quarter.

Like most of the men I know who are young at heart, Bruce Peck, Sea Trek, loves trains! Thanks Beverly Abel, Sea Trek, for handling all the logistics for our journey by rail on the Tennessee Valley Rail Road.  We loved the trip to Missionary Ridge.

After a wonderful road trip with B & B, we returned to Aqua Marina, where we were joined by Capt. Rick’s younger brother, Bobby G. (aka Bubba). Welcome Aboard – next time, please bring Katy!

Look Mo, with consistent tender care, the violets from Canada bloomed again, reminding us of you. Notice the candle in the background 🙂

Next up: South down the Tennessee Tom-Bigby Waterway aka the Tenn-Tom

Side trips (via train, plane or automobile):