The Trent-Severn Waterway spans a distance of 240 miles, with 45 locks along the way.  Beginning in Trenton, Ontario (Lock 1), the waterway leads to Port Severn, the entrance to Georgian Bay. If you want to learn more about the canal, click here.

Let’s just say, it’s a lot easier to do those locks with Craig and Maureen onboard. 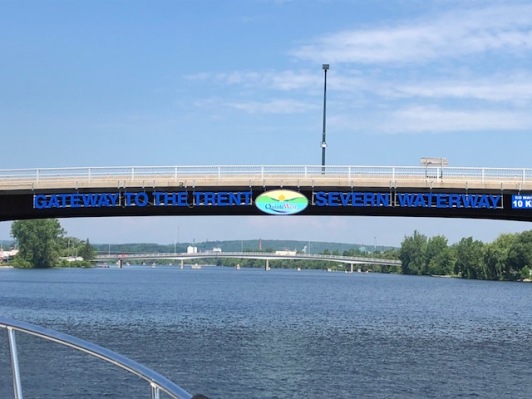 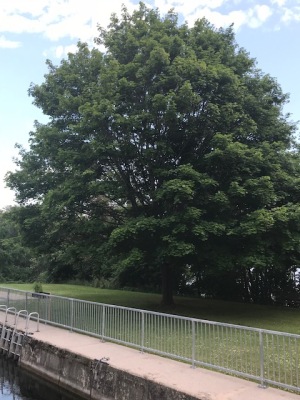 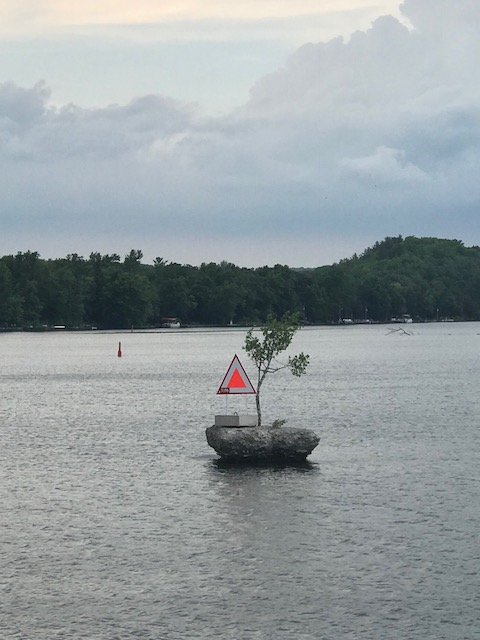 Reminiscent of one of my favorite childhood books, “A Tree Grows in Brooklyn“, this hearty little tree is made of stern stuff. 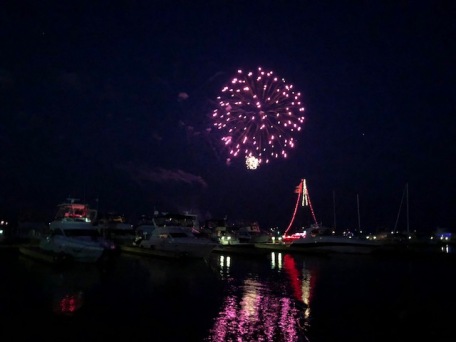 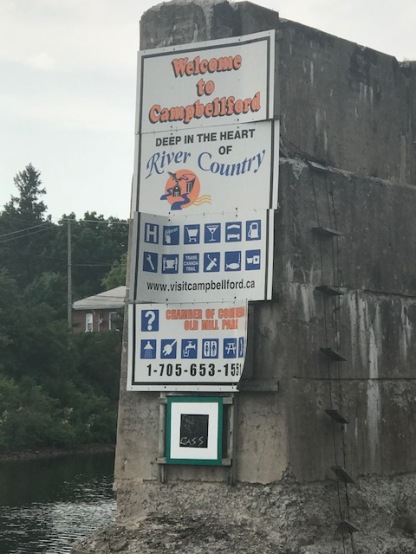 Yep, those refreshing drinks are red and white.  Do you know the secret ingredients?Thanks for taking this welcome photo, Maureen, you are right, the icons include martinis!

Signs along the way

It’s always fun to notice the customized signs along the way.

Summer concerts at the Peterborough Marina – on Wednesdays and Saturday – are free, attracting thousands of folks.  Upfront seats to a Canadian favorite, The Trews, the music was exceptional!  Check it out for yourself here. 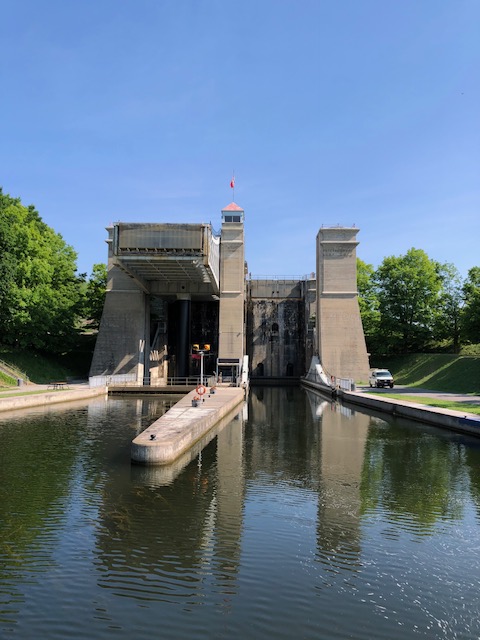 Words cannot adequately describe our adventures in Buckhorn.  Craig and Maureen were there.  That’s all you need to know. The night included campfire songs from Key Largo musicians, the Sunshine Band. 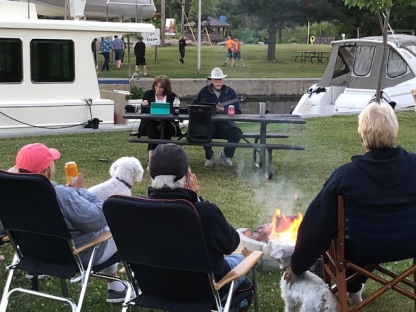 Ken and Carol Schryver, fellow Loopers from the Voyageur.

Somewhere, somehow, Exhale snagged a line. Retired Canadian firefighter, Rick (such a great name), from Knots Buoy, dove under the boat – reporting back a sturdy line was wrapped around the prop, about 8 times. When diver Rick couldn’t cut the line free, Captain Rick hailed a boat across the channel; successfully coaxing one of the able bodied young men to give us a hand. We later learned there were roughly twenty of them, headed to a Bachelor’s Party. 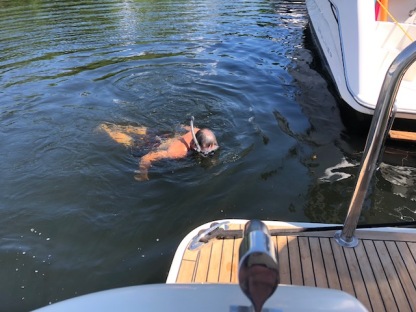 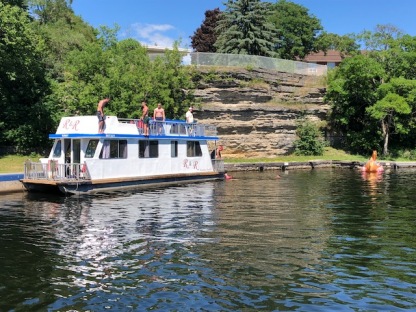 Mark, the “Best Man” from the Bachelor Party, dove, no less than 20 times, slowly cutting away the stubborn tangled line!  His reward, a Carbon by Design t-shirt (thanks, Dominick!), a random Florida hat that fellow boater Tania found, and ice cold beer! 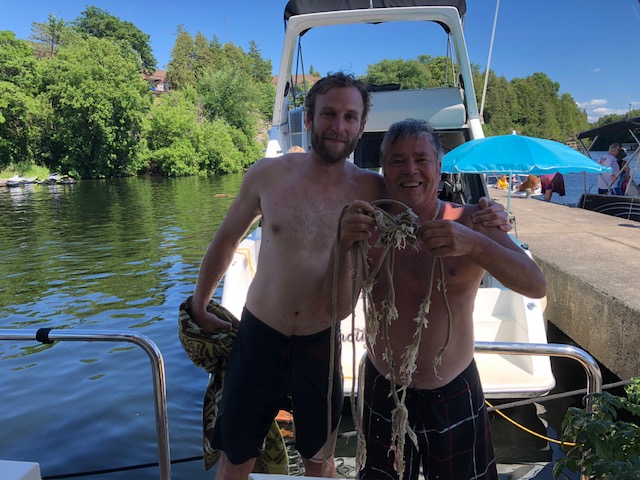 When we reached the top of the lock, Craig and Maureen hopped out.  The lock attendants were amused as they realized our crew was jumping ship, it helped they brought minimal luggage … thanks for the memories guys – celebrating another fun filled Miami Vice holiday! 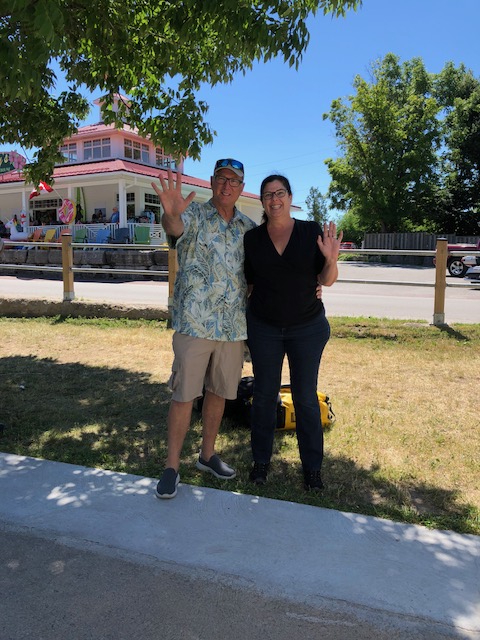 One thought on “Trent-Severn Waterway”