Exhale was docked in Myrtle Beach (March 30 to April 10) while we celebrated several special milestones.

Exhale is actually a slow boat from China.  Coming through the Panama Canal, she arrived on a container ship via New Orleans just two years ago.  Since then we have spent 593 hours on the water and traveled 4143 nautical miles.  We are looking forward to many, many more.

Thanks Craig, for joining us in Myrtle Beach, NC!  Craig arrived on April 2, and will be on board until April 15. It’s fantastic having an experienced crew member on board.

Craig and Rick drove 679 miles in roughly 11 hours to surprise Tyler on his 2nd birthday.  The journey to Cleveland included a little snow, which seems to be a constant during the first week of April.

Thanks Uncle Scott, Aunt Cindy, Rita, and Dan for helping us surprise Jamie, David and Tyler.

Mickey Mouse was in the House as Tyler celebrated his birthday with family and friends. 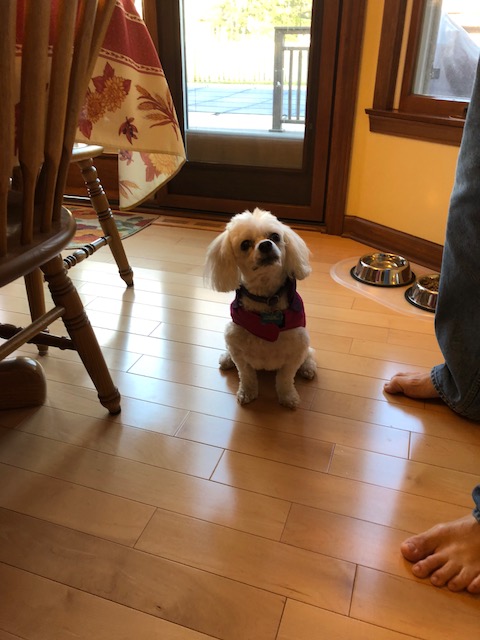 Why am I in Cleveland again? 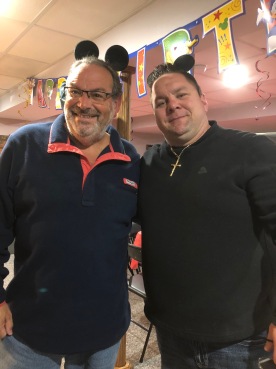 Shortly before Craig arrived, I (MS) took a one-week side trip to LA (April 1 to April 7) to support Alisha during her surgery.

Alisha is the bravest, strongest woman I have ever encountered.  When she was in her late teens she broke two vertebrae in her neck during a national snowboarding competition.  It was a brutal crash.  Although badly injured she bravely got up and walked down the mountain. Her approach to cancer has been very similar.  She is a tower of strength, and she never gives up.

Since October, Alisha has endured seven nauseating rounds of chemo and two infusions.  No surprise, she continues to work, non stop.  In fact, in between the doses of chemo poisoning she successfully wrapped the second season of American Vandal, filmed in Portland.

Diagnosed triple positive in stage 3b; as of today, she is cancer free.  Bravo, Mija, you are a champion. And in the words of one of her nurses at City of Hope, “she truly rocks that bald look.” Looking forward to the release of  “one woman, one boob”.  Te amo!

Special thanks to Liz (congrats, too), Dannie, Elke V, and Alisha’s sweet housemate J, for your love and support.  More thanks to Josie for the brisk walks and warm companionship.

Extra thanks to Mo for the screaming fast wifi connection at her office, for taking a mini break from tax season for a delicious meal, and for the early morning ride to LAX.  The flight to Cleveland was timed perfectly to join Rick and Mo’s hubby, Craig.

Meanwhile, back on the boat, there might have been some libations happening.

Rick and Maddie on the Dinghy

Next stop:  Somewhere in North Carolina, Craig gets to pick the next marina, possibly Surf City, NC.