Any fifth grader can probably tell you the Civil War (1861-1865) began in South Carolina, as we wandered around Charleston I realized I seem to recall bupkis about US History.

The construction of Fort Sumter began in 1829 in response to the War of 1812.

The hexagon shaped fort was strategically placed at the harbor entrance to defend the deep water port from British troops – and pirates. 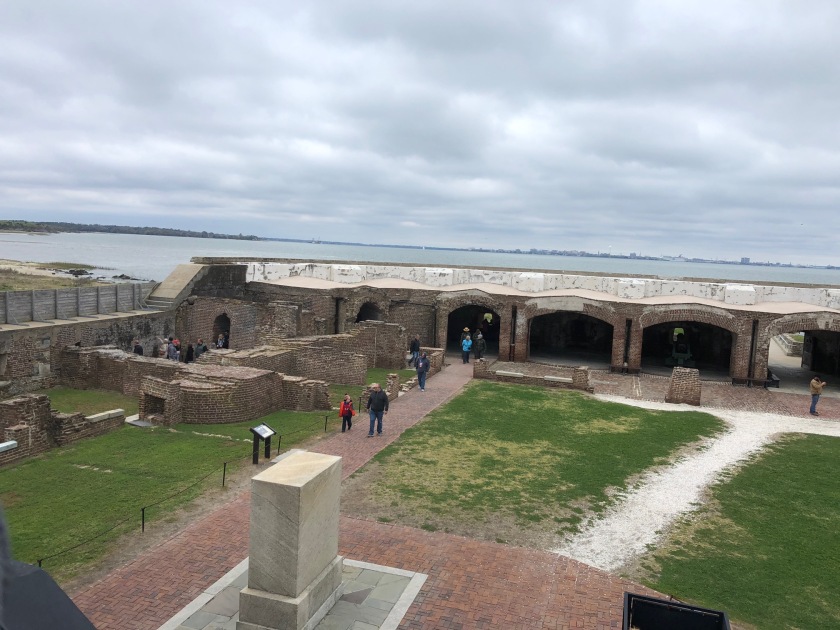 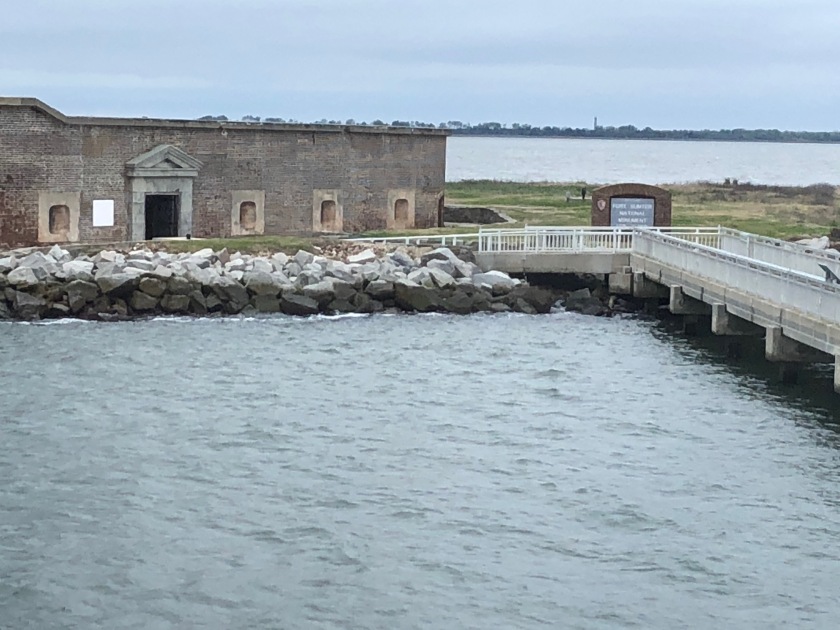 When South Carolina seceded in 1860 there were four Federal installations around Charleston Harbor.  On April 12, 1861, under the command of Major Robert Anderson, Fort Sumter was guarded by only 85 Federal soldiers. After 34 hours of canon fire by the confederate militia –  who had seized Forts Johnson, Moultrie, and Cummings Point – only five Federal soldiers suffered injuries; no one on either side was killed.

The Fort, burned and severely damaged, was surrendered to the Confederate troops, marking the beginning of a long and bloody war.

Who was Hannibal Hamlin?

Once again it felt like there was a missing segment in my aging memory bank.  Staring at a vintage campaign poster for Abraham Lincoln (my (Mary’s) dad was something like a 6th cousin to Mary Todd Lincoln), I was totally perplexed. Next to Abe was some guy named Hannibal  – questioning the validity of the poster, of course I  “googled” him.

According to Wikipedia, Lincoln’s running mate was a Maine Democrat who changed his party affiliation when he joined the ticket with Abe, the very first Republican president. We learned (seriously for the first time) that the 15th VP, Hannibal Hamlin(1809-1891), successfully pressured Abe to pursue emancipation.  In 1864, Tennessee War Democrat Andrew Johnson (the name we all remember) was chosen to run on the Union Ticket with Abe.  Hamlin returned to his home state to serve as Senator of Maine, and was later chosen as Minister to Spain; in total he spent over 50 years as a public servant.

Inclement weather meant a tour of local museums – The Old Exchange and Provost Dungeon, preserved by the Daughters of the American Revolution, kept us mesmerized for hours – from the architecture to the entertaining docents, it was well worth the senior priced admission. The oldest building in Charleston was constructed above the original Battery.

A dramatic statement of wealth, the Exchange was once home to the Constitutional Convention as SC became the eighth state to ratify the US Constitution in 1788. Ground level floors were used for trading and a post office while the basement was deemed a “Provost”, or dungeon, for pirates and war criminals. Most impressive, the majestic upper floor includes a grand ballroom used by President George Washington; perfectly preserved, it is now a popular wedding space.

The historic charm of Charleston was found in the cobblestone streets and well-preserved churches, dating back to the early 1800’s. 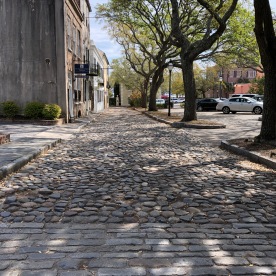 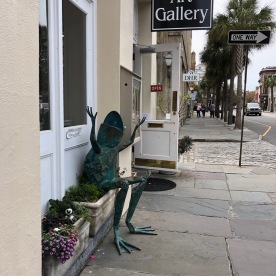 Frogs are your friends

Protection from a Storm

When the weather gets windy, you look for protection – when you are docked near the USS Yorktown, it feels pretty safe.